The Labour family (or This Great Movement of Ours, the TGMOO as they love to call it) assembles in Liverpool this weekend for its annual get-together, and truth be told it is not a particularly happy family these days. You would think it ought… 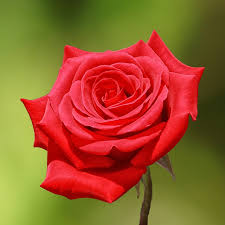 The Labour family (or This Great Movement of Ours, the TGMOO as they love to call it) assembles in Liverpool this weekend for its annual get-together, and truth be told it is not a particularly happy family these days. You would think it ought to be – it has hugely grown in size over the last three years, and its rival family is at sixes-and-sevens, tearing itself apart over Brexit and looking increasingly disconnected from the country at large.

But the schisms in Labour are just as big, they’re growing, and getting ever more complicated. Ever since Corbyn was elected, the split between moderates and Corbynites has been visible. But today the divisions are over more issues and are more complex, and they do not follow those simple right/left cleavages. The disagreement within the party over how to approach Brexit being a case in point, where the party split doesn’t follow that simple division. At the heart of this, as with so much in TGMOO, lies the position of the trade unions. Most have been enthusiastic Corbyn cheerleaders since day dot, and have found common cause with the idealistic new Momentum members of the party. But increasingly the Corbyn alliance of Unions and Momentum looks fragile, and the two sides seem virtually at war over the sinister-sounding ‘Democracy Review’, which seeks to change the rules for the selection of future Labour candidates and leaders. On this debate, Momentum is aping previous Blairite messaging about diluting the role of Unions and empowering ordinary Members. We told you the alliances were getting complicated!

This week we will hear lots about Labour’s radical plans for bringing whole industries under public ownership, but in the context of the wider political picture by far the most important question is how far Labour moves towards backing a second Brexit referendum. With a handful of Tory MPs already having declared in favour, and with the Government lacking a majority, a Labour move to back a Peoples Vote would be a game-changer in both the debate and parliamentary arithmetic. Within the party, there has been a gradual but clear shift in that direction in recent weeks. From the top however, the messages are more mixed. Emily Thornberry says it’s “for the birds” and whilst Jeremy Corbyn says he will back a referendum if that is what members want, one senses a distinct reluctance, and his decades-long Euro-scepticism is well known. But most Unions want a second vote, most in the Momentum wing want one, and almost all moderates want one. To keep that delicate party coalition within TGMOO, Jeremy Corbyn may have little choice. Then the Brexit game gets even more complicated for Theresa May.