The financial crisis is well over a decade old, and has indelibly left its mark on the politics of the UK. Even now, it’s effects are still reverberating in Brexit Britain. This week, the Secretary of State for Housing, Communities and Local Government announced… 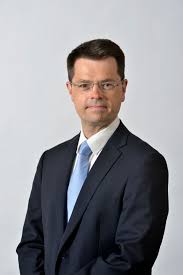 The financial crisis is well over a decade old, and has indelibly left its mark on the politics of the UK. Even now, it’s effects are still reverberating in Brexit Britain.

This week, the Secretary of State for Housing, Communities and Local Government announced that there would be an additional £1.3bn for local authorities in the next financial year, boasting that the money would “pave the way for a more confident, self-sufficient and reinvigorated local government”. In reality, this 2.8% bump is not an actual increase, but in fact the “estimated spending power” of local councils, with the guaranteed government grant really falling by £1bn. The £1.3bn figure is instead based on assumptions made about councils’ money raising power from tax increases and other revenue streams. Even if local government makes a strong showing in raising this money, the figure is barely above inflation, and comes hot on the heel of a decade’s worth of swingeing cuts to local government funding.

The effects of this stranglehold on local budgets is striking. Last year, theConservative-run Northamptonshire Council had to admit it would be unable to meet its financial obligations, closing down whole swathes of services. More recently, the Government has drawn up plans to reopen Ramsgate as a ferry port in the event of a no-deal Brexit, only to be confronted with a struggling Thanet District Council that is poised to cut port spending by £730,000.

The implications of local governments being starved of funds is clear – an ever more centralised national government dictating service. Authorities cannot raise enough money on their own, and as long as central government controls purse strings, they will continue to be the afterthought of national politics. So Westminster makes all the cuts, and local authorities receive all the blame. No wonder the cuts keep coming.

In amidst the latest Government announcements on Covid-19, there has been an emerging trend with checks on No 10's power being dissembled. With Sir Mark Sedwill the latest fatality of…

In a week that has seen both Johnson and Starmer deal with problems within their Ministerial ranks, Field's CEO and Founder Chris Rumfitt examines the different leadership approaches they have…

This week the Government announced its plans to merge the Department for International Development with the Foreign & Commonwealth Office. Field's Olivia Gass offers her analysis of what this might…

#coronavirus has posed a lot of challenges for the rail industry. Today @railindustry undertook the first ever virt… https://t.co/87tTM0yiLS

It is great to see Alstom's #hydrogen trains have had a successful year and a half trial in Germany! @AlstomUK are… https://t.co/XIRX6DR3Xr

“Shunning the media is seldom an effective strategy. But during a public health crisis of this magnitude, it is wor… https://t.co/Oxqbzx9F2e

With a spot light on the Government's recent comms, our CEO and Founder @chrisrumfitt has given PR Week his view on… https://t.co/oiH77Um97E

A great #QuarantineRead to take your mind off the depressing developments that currently feel like a daily occurren… https://t.co/sMfDkpdvKO