With all eyes on the chaos unfolding in Westminster, it’s understandable that people may have forgotten that another election is grinding into action in London.  This week, Mayor Sadiq Khan announced what will likely be a major element of his re-election campaign: rent controls. 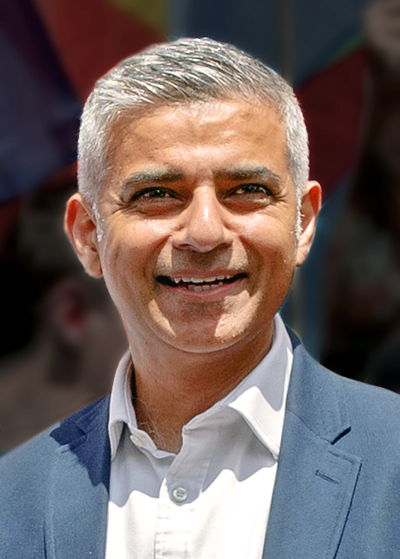 With all eyes on the chaos unfolding in Westminster, it’s understandable that people may have forgotten that another election is grinding into action in London.  This week, Mayor Sadiq Khan announced what will likely be a major element of his re-election campaign: rent controls.

In reality, the Mayor actually holds no power to unilaterally enact rent controls. Instead, he will be forced to lobby central Government to devolve such powers to him, or to implement them on his behalf.

At issue is Khan’s track record on housing. As Conservative candidate Shaun Bailey will doubtless point out, solving the housing crisis is one of the ambitious promises that Khan has failed to tackle. His targets of 14,000 affordable home starts in 2018 fell well short of reality, with only 2,400 starts between April and September. This new policy of rent controls risks being yet another grand but ultimately empty gesture from the Mayor.

The main issue is that in lacking the powers to do it himself, Khan’s proposals are at the mercy of central Government. Though the policy is likely to be popular with Londoners, with 68% supporting rent controls, Secretary of State for Housing, Communities and Local Government, James Brokenshire is unlikely to welcome this move, having previously argued that rent controls could lead to poorer housing standards from landlords being unable to afford the upkeep on their property. If the Mayor wants to achieve this particular promise he faces an uphill battle, and it is hard to see him succeeding under the current Government – although admittedly the Government’s position is hardly looking long-term.

If the Mayor isn’t careful, these rent control blueprints will be another unfulfilled pledge. In finding a scapegoat however, he won’t need to look any further than Whitehall.

As the Labour Party make the first move in cancelling their conference later this year, Field's Felix Shaw examines the purpose of conference season and how COVID-19 might just change…

Estimates put the cost of COVID-19 on the Government at £300bn - a best case scenario. As the Government begins to ease lockdown, focus must now turn to how the…

With the Government expected the begin easing lockdown, Field explores the complications this brings with regards the the devolved decisions concerning Covid-19 in Wales, Scotland and Northern Ireland. Read More

It is great to see Alstom's #hydrogen trains have had a successful year and a half trial in Germany! @AlstomUK are… https://t.co/XIRX6DR3Xr

“Shunning the media is seldom an effective strategy. But during a public health crisis of this magnitude, it is wor… https://t.co/Oxqbzx9F2e

With a spot light on the Government's recent comms, our CEO and Founder @chrisrumfitt has given PR Week his view on… https://t.co/oiH77Um97E

A great #QuarantineRead to take your mind off the depressing developments that currently feel like a daily occurren… https://t.co/sMfDkpdvKO

Rebuilding economies and communities after Covid-19 demands a #GreenRecovery When we emerge from this crisis… https://t.co/HHS4l9UF57

As the Prime Minister continues to recover at Chequers, pressure grows on the government to deliver a lockdown stra… https://t.co/doVfreZdwX